Something in the air?

The Leasing Lunch held on the Tattershall Castle on a sunny day in June enjoyed a great turnout of around 150 people, coming and going throughout the afternoon. It was an excellent idea, well promoted, and over two hundred names had registered beforehand for this modestly priced event, entrance set at £5 per head with all contributions earmarked for the MAFAN charity.

Afterwards, organiser Peter McDonnell wrote to the attendees reporting that £:1000 was raised thanks to some generous contributions “over-and-above”, and he added, “The networking paid off for some, brokers spoke to funders and candidates booked meetings with potential employers and a consultancy was asked to write a proposal! Others enjoyed the conversation, catching up with colleagues and sharing war stories whilst basking in the sun.”

McDonnell promised to start work on a suitable venue for a repeat Christmas do, the date set tentatively for Thursday 6th December 2012. 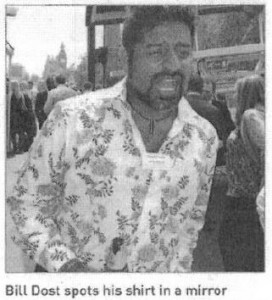 So, all was well on the good ship Tattershall that day, or was it? Despite the cheery banter, it seems not, because later in the day an idea was mooted that subsequently appeared in the leasing press as “Second UK leasing trade body mooted” suggesting a level of discontent among the participants regarding the existing order, that bordered on revolt. Would Madame la Guillotine be wheeled out of Madame Tussauds and down to the FLA’s Kingsway address, or gunpowder set in the cellars of Olympia House?

McDonnell hastened to clarify that all that had been said was, “Rod Barthet articulated there have been some suggestions that there could be some benefit in creating a not for profit organisation to primarily formalize what we currently do, this would be designed to be totally complementary  to the FLA and the NACFB.  If there is interest in the provision of other services, these too could be considered. Your views would be very much appreciated, it would be great to have your thoughts and ideas. Your response to the brief questionnaire attached could provide us with the information we need to either carry on as we are, or to build on what we have.”

The questionnaire came up with some interesting feedback, 100 percent said they would attend future events, 96 percent would come for a lunch, 79 percent for a dinner (but only 61 percent for breakfast), and 71 percent wanted a newsletter (not more newsletters, surely?!). In the 50/50 zone were activities such as formal recognition for the new group, doing industry research, guest speakers, participation on committees, paying an annual subscription, and there was minor support for lobbying, at 29 percent.

So, what was this all about? Was it just a spiced up “Silly season” story from a bored reporter? Is there a substantial segment of disenfranchised leasing community looking for a voice? McDonnell rightly points out, “We feel there is something out there the industry wants but they are not currently getting.” On the other hand, some unmet needs exist in markets for a reason, sometimes because there’s nobody available to fulfill them. One thinks back to theLeaseBlog.com, which was very popular with leasing folk, in fact many thousands across the globe, but just could not generate enough income to maintain even one livelihood. Now it exists as a LinkedIn Group, allowing members to run it for themselves.

The £1.8 million turnover “FLA Plc” sounded polite if bemused. “We are delighted the leasing lunch raised a considerable sum to support the national Mafan Association and we hope there will be many future informal events for all parts of the leasing industry like this one.”

This was followed up with, “The FLA runs an extensive programme of social events, including our annual dinner, dedicated asset finance dinners, and regular drinks receptions.

“There will always be room for more, and the Cordoba lunches have been a part of the industry scene for a while. But the FLA’s members rightly demand a great deal more from us – as our track-record of lobbying, high-quality research and representation  shows.

“Ideas from any source for new ways we can fulfil our remit are always welcome, but it is important – particularly in today’s political environment – that the industry continues to speak confidently to government and to our regulators with one voice.”

Perhaps the FLA might consider getting together with the NACFB and hosting a joint Open Leasing BBQ or suchlike, to encourage all in asset finance to meet and mingle. They might get some new members as a result, and it might help address the issue of exclusion, if such exists? 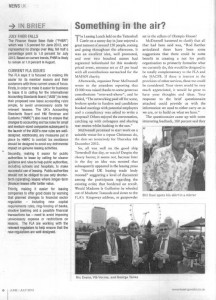 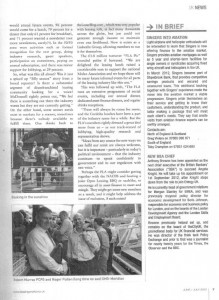