D&D Leasing, founded in Canada in 2000, has predominantly been known as a sub-prime lease and loan funder with a very specific appetite. However, over the years we have worked with the full range of small businesses in all sectors as the business expanded.

We’ve been around collectively for almost 17 years and in that time, while we have expanded our offerings significantly from where we started, most customers got to feel like they know us.

However, with Productivity Media, the case wasn’t so straightforward.  In this instance, they had a very compelling need — a loan with a unique flavour to it that most funders could not get their heads around.

Productivity was founded in Canada and had expanded into the UK due to growing business concerns, just like D&D Leasing had. Like many companies based abroad, it had run into some of the more difficult parts of the UK financial system when addressing the need to raise credit, especially when it came to Productivity’s line of work: the film industry.

Film finance has had its day in the UK and, for many, its time has come and gone. Thankfully, D&D Leasing wasn’t affected by history. 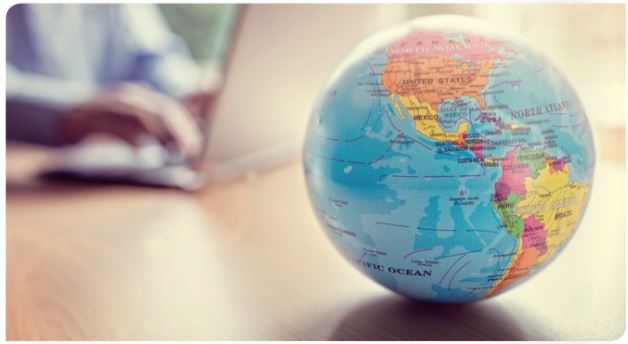 Productivity approached us with an interesting challenge. They needed a loan to back a film in production at the time of the enquiry; their fund was the last piece required to finance the film. There was very little by way of tangible assets that could be pledged or secured against, and the funding request was made by Productivity’s UK subsidiary, who informed us the funds would be moved thereafter to the parent company and distributed.

A unique challenge by all accounts and one that – we learnt – was declined by other sources. We were told that, due to how payments would be made, the structure needed to stay in place as suggested.

We looked at the history of Productivity and  saw that it had previously funded a number of films and that while its UK entity was weaker, its Canadian entity had strength. From a D&D perspective we saw the deal was short-term and the client’s proposed timelines made sense. We were thus able to paper the transaction in both jurisdictions (Canada and the UK). We also ensured that, upon completion, we were the first ones to be repaid prior to any of the other parties involved with the transaction. With the client’s agreement, the transaction was papered and completed, and we’ve completed a number of other transactions with this particular client since then.

D&D Leasing was able to find a way to make this transaction work mainly due to two factors: first, because the multi-country approach and complicated nature of the transaction didn’t scare the company; and second, because we ourselves were a multi-country organisation.

Working with SMEs in all sectors, we have come to believe that they are the backbone of the economy and as their businesses grow, they grow businesses all around them. We were created to serve the entrepreneurial segment of the small-and medium-sized business sector. If a loan is required to fund VAT, PPI, WIP or even to buy out a partner, chances are we can look at the transaction and  find a way to fulfil the request in a timely fashion 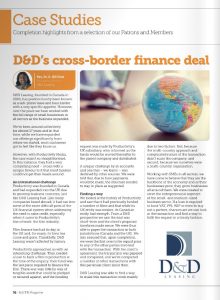