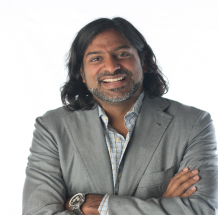 Finance and leasing provider D&D Leasing is focusing on innovation and expansion to build on a record year for the company.

The business, which has offices in Canada and the UK, has already broken a new record in 2017, with revenues up around a quarter during the year to the end of March, compared to the same period last year.

Growth has been driven by an expansion of services, which have taken the business from a basic sub-prime lending operation to offering a suite of products over the past nine years.

D&D Leasing was launched in Canada in 2000, with a focus on supporting the entrepreneurial and SME sector. It opened a London office in 2009 to serve clients throughout the UK.

The firm’s president and founder, Reverend Dr Bill Dost, says: “There have been a lot of changes and we are very different to the original business.

“We are a much larger and robust company, backed by a fantastic team, which has been firing on all cylinders to get the business where it is today.”D&D Leasing now offers a range of services across sub-prime, near-prime and mid-ticket market segments, in a range of sectors from restaurant equipment to medical equipment and software.

The business thrives on innovation and exploring new business areas, Dost says. For example, he has led investments into the film industry, including financing for Born to Be Blue, starring Ethan Hawke, a re-imagining of jazz trumpeter Chet Baker’s life in the 1960’s.

In its latest venture, D&D Leasing is expanding into motor finance, with the launch of D&D Motor Finance in Canada, which is pencilled in for launch in Q3 2017, followed by a potential expansion of the offering to the UK.

Dost says: “In the first round of applications for motor finance, 75% of applications get declined in the sub-prime sector. We looked into what we could do about that and how we could be involved.”

The target market is between sub-prime and near-prime, which Dost says is a segment the business is most experienced in.

In addition, the business is offering finance approval in the US mid-ticket segment, although it hasn’t moved to open any offices there to date.

The international outlook, enhanced by its global finance partners, means Dost can see both national and global themes developing in his respective markets.

Dost argues that one of the most important issues to consider is the causes and consequences of rate compression, driven by an imbalance in the relationship between finance providers and their partners.

Finance providers typically apply rates that reflect a wide variety of parameters, including risk and likely returns, to ensure the business is profitable and protected from potential defaults.

However, some businesses are under pressure from referrers to push down rates to “unsustainable levels” and accept business risks they would normally decline, Dost says.

He adds: “This push of rate compression is a concern. People need to be able to make a living and that’s not the case when everyone is pushing for more volume to make up for low interest rates.

“It is something of a concern, because it questions who has the power in the relationship, rather than it being an equal partnership.”

He says that if a business relationship is out of balance, problems can occur in a number of ways, such as threats not to send business a partner’s way if they don’t do something.

He adds: “In some cases, companies have a 90% approval ratio and that’s not a partnership. We need to be careful about the tail wagging the dog.

“Some partners have too much muscle and there is a lot of money chasing fewer deals, so funders are looking at deals that they would have previously ignored.”

Dost says D&D Leasing prides itself on the strength of its relationships with partners, which avoids problems.

Dost argues that relationships lie at the heart of a robust business and it is important to retain a personal connection with business partners, employees and customers.

Therefore, while an investment in new software has been made, with implementation underway at D&D Leasing to make business processes more efficient, the business will still focus on face-to-face communication with customers.

Dost adds: “We are implementing software because I believe technology allows you to leapfrog business processes.

“But in the sub-prime market you can’t take out the human element. Our goal is to move to a process that works. A percentage of requests provide easy acceptances and declines that can be automated, then there is a proportion that requires adjudication in the middle.”

This level of insight is important as major global economies continue to endure economic and political uncertainty.

The asset finance industry can ensure it has a clear picture of the economy by maintaining close contact with customers, he says.

Dost adds: “This is a very interesting market at the moment, because there are some businesses that have never known a true interest rate.

“There is a lot of concern, particularly with the levels of debt being taken on by consumers, but we need to be practical and not paralysed by fear of the unknown.

“We have heard that people need to borrow more and, now that they are doing so, the same people are saying it is too high and they are borrowing too much.”

Dost believes the old saying still applies that people are one to two pay cheques away from serious financial trouble, so people do need to “save for a rainy day”, but it also needs to be recognised that this is a different economic environment.

He adds: “In the same way we are moving to a cashless society, we are also moving to a society where people use finance more and focus on monthly payments.”

Dost, who holds a doctorate of theology and an MBA in human resource management, got his start in the asset finance field 20 years ago working for Fidelity Leasing, before starting D&D Leasing in 2000.

He sits on a number of boards including the Finance and Leasing Association and the Toronto Chapter of Entrepreneurs Organization, as well as being a former board member and chairman of the Asset Finance Professionals Association.

He is a Fellow of the Leasing Foundation and also holds an annual charity event to raise awareness and funds for small and often unknown charities.