A new and revamped leasing World EXPO, our 4th, supported again by headline sponsor Key Equipment Finance, enjoyed a markedly higher attendance than last year, with a record number of exhibitors (22) which included lessors, software providers, lawyers, consultants, outsource services, asset managers and alternative funders. The top­ level conference programme, chaired by Lindsay Town, boasted Dennis Turner, ex chief economist of HSBC who most certainly lived up to his reputation as a fiery, no-nonsense speaker with dozens of insights, opinions and predictions to share with his audience.

Turner said, “My basic thesis is that we are out of recession, but we are not going back to where it was before the recession; there is a new Normal out there. The task for the government is not merely to stimulate growth, but to make sure it is the right sort of growth, and that will depend less on government spending, less on consumer spending, more on investment, more on exports, and when you have that formula, it spells manufacturing. I believe manufacturing will be the key to   our survival, not just for the next three years, but for the next twenty.” One stand holder said afterwards, “The fee for the stand was worth it just to hear Dennis Turner speak.”

Immediately following were Charlotte Lo of KPMG on lease accounting, which drew the comment from George Lynn, recently of Angel Trains and now an independent consultant, “I’ve just heard Charlotte speak on lease accounting, it’s sad to see that after being involved for so many years we’re getting back to Square One with the standard setters but Charlotte is such a tremendous proponent of the accounting world that she gave a great presentation.”

Joanne Davis of DWF LLP spoke on overcoming fraud, presenting a powerful and in depth report on complex and expert issues. The question was, “Would asset finance fraud ever be conquered?” and Joanne pointed out the ever-increasing awareness and hence measures leading to the address and tackle fraudulent activity. The Fraud Act 2006 had consolidated a number of deception offences and introduced fraud as an offence in its own right, making it easier to bring fraud prosecutions, and following on, successful prosecutions acting as a deterrent going forward. DWF suggests a collaborative approach as being effective, for example information sharing arrangements such as the FLA’s ACPO, and the data collected by CIFAS, the UK’s fraud protection agency.

There was plenty of networking going on throughout the breaks, and the absolutely delicious Lavazza cappuccinos provided by CHP Consulting drew many compliments from the sophisticated attendees.

The second half of  the conference was about doing the business, and featured Mike Randall, CEO of Close Brothers Asset Finance, and John Allbrook, Chairman of Syscap. Both put forward their own views of the leasing landscape, and likely developments.

Lindsay Town closed the conference programme with a thought provoking presentation of the true nature of the Leasing business, what it was that was really at the heart of it, was it finance or was it service, and how the answer to that question had to be the guiding principle for the industry to prosper in the future.

Special thanks are due to each of our twenty-two exhibitors, Wendy Read of HR Revolution said, “We’re here to show our services for HR outsourcing to the many companies here that fit our profile,” and the majority have asked to be listed for the 5th LeasingWorld EXPO, next year (2nd October, 2013), for which there already plans to extend and enhance further. New Leaf Search deserve a special thanks for loyally sponsoring the delegate bags and materials, as do D&D Leasing for all the invaluable help Bill Dost and Brian Jerome contributed to make the event the success that it was. 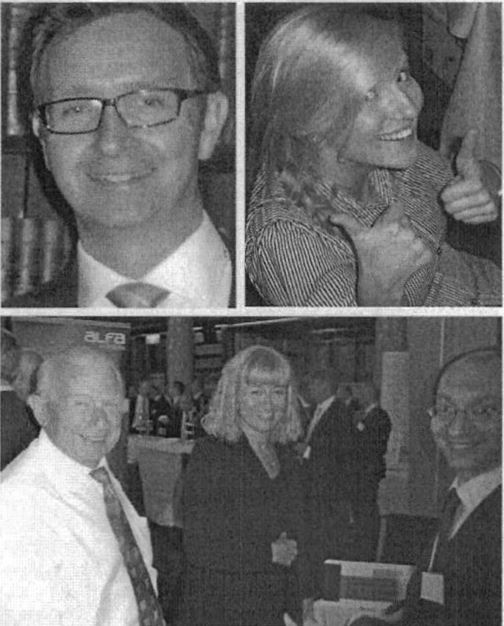 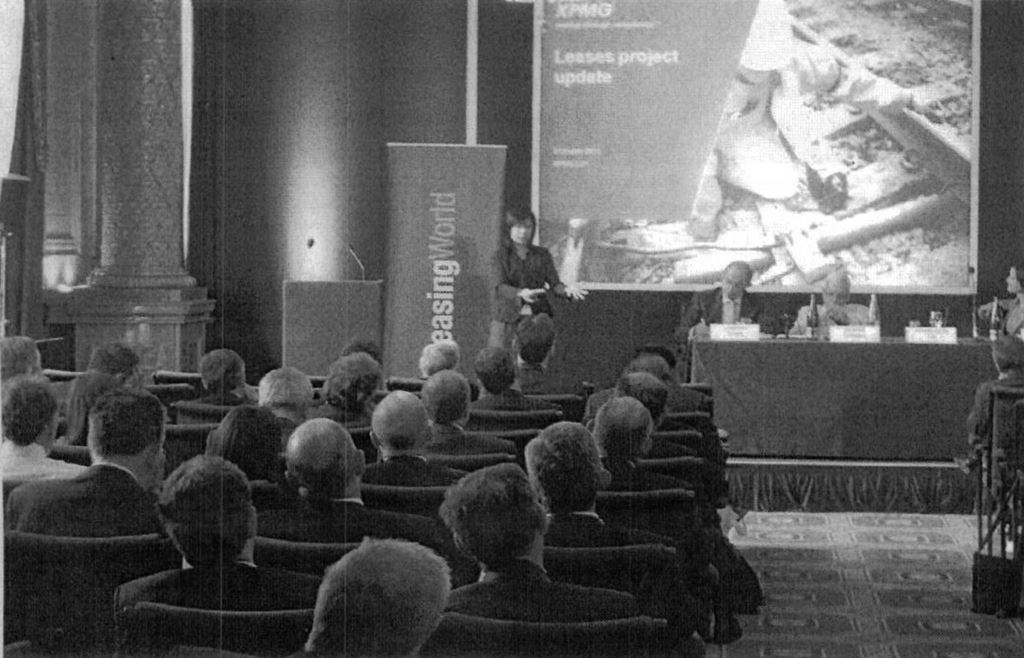 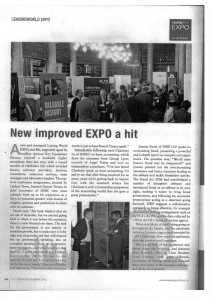 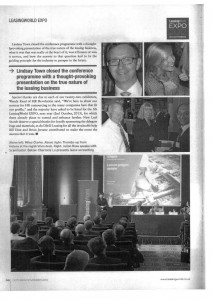