Bill Dost of D&D Leasing awarded Philanthropist of the Year 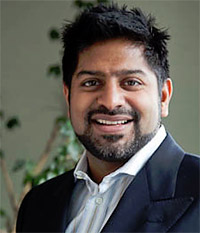 Bill Dost of D&D Leasing awarded Philanthropist of the Year at The Leasing Foundation Annual Conference.

Speaking from Canada, Bill said about the award:

“I want to thank the Leasing Foundation for recognizing me for this award. It’s an extremely humbling experience to be named as the Philanthropist of the Year. I really want to recognize the team at D&D Leasing who make it possible for me to spend the time in these pursuits. This award may have my name on it but it is as much theirs as it is mine.”

Rev. K. Bill Dost has a long track record of philanthropy and support for charitable causes. In addition being an Advisory Board Member for his Church in Canada for almost a decade, he is the current Chair of AF-PA, helping raising funds for small underfunded charities in the UK. He holds an Annual D&D Leasing Charity Blacktie Event each December to raise funds for small and underfunded children’s charities, and regularly participates in fundraising runs including a recent 100-mile race, the Luxembourg marathon and the Hamilton Marathon for Hope.

In accepting the award Bill said:

“To me philanthrophy is where not just your money but your time and your concerted efforts are spent. I believe we have a duty to help the next group along – thus I spend a lot of time helping others get to the next level.”

The Leasing Foundation Philanthropist of The Year Award is a new award designed to recognise individuals who have provided exceptional support for good causes in the past year. This might include fundraising, personal volunteering, or facilitating corporate support for good causes. The award was judged by a panel led by chair of judges Andrew Denton of CHP Consulting.